French Scrabble:  Join the scrabble players in the group on the second Monday of each month at 19.30 in The Kings Arms on the corner of The Grove and Western Road, five minutes’ walk from Ealing Broadway. Scrabble sets and a French dictionary are provided, drinks and snacks can be bought from the bar. 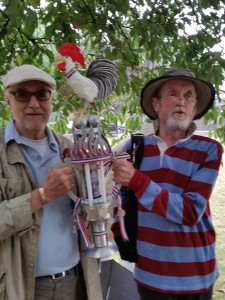 Boules: The annual boules competition is held on the Sunday nearest Juillet Quartorze on the boules court at the Lammas Park enclosure, Culmington Road. There’s no entry fee for competitors and no experience is needed. Just turn up and bring friends with you for a social afternoon with some gentle exercise!

Wine tasting: Learn more about wine in the company of other Friends of Marcq. Currently running at two events a year, in spring and autumn, these popular occasions are wherever possible held upstairs at the Forester pub on Leighton Road.

Cultural weekends: Every other October or November, a group of members visit Marcq for a cultural weekend, organised by Les Amis d’Ealing. As with French Intensive weekends, members stay with members of Les Amis. In those years where we don’t have a trip to France, Les Amis come to Ealing for a cultural weekend here, with Friends of Marcq members providing accommodation.

Christmas shopping: Another biannual event, but without our French friends. A late November or early December weekend visit to France. In 2015, a large group from Ealing went to Strasbourg by train to explore the city and its Christmas markets. 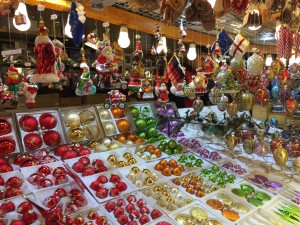 We also organise a number of annual activities with our French friends: 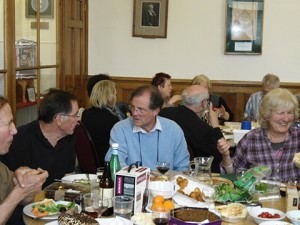 Pique-nique: Held alternately in England (odd years) and France (even years) near one of the Channel ports, we meet up with les Amis d’Ealing in late spring. The hosts arrange a walk around the town or a visit to a local place of interest and everyone brings food to share for lunch. To avoid possible bad weather the actual picnic always takes place indoors. When the pique-nique is organised by Les Amis, we overnight in France, travelling the day before. 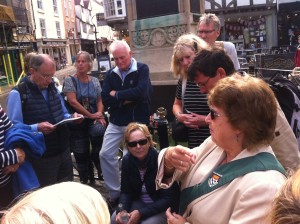 Walking weekend: Two nights with our French friends, generally in September. They are held in alternate years in England (even years)  and France (odd years), with walks on both the Saturday and Sunday. Hotel based and not too far from the channel ports, these events start with dinner on the Friday evening. These events are extremely popular and numbers are limited. So once details are released, quick booking is essential.

Friends of Marcq are not the only organisation in Ealing to have links with Marcq-en-Baroeul. Runners from Ealing regularly take part in the Marcq Semi Marathon, with runners from Marcq coming over to Ealing to take part in the Ealing Half Marathon. The Ealing Art Group has exhibited in Marcq and is keen to arrange a reciprocal exhibition in Ealing.

French film fans living in Ealing are well served by French Impressions at the Watermans Arts Centre, just across the borough border in Brentford. Held on a Saturday afternoon, generally the last one in the month, Watermans show a French film, preceded by an illustrated talk from lecturer and French cinema expert Jon Davies.

New activities or events will be displayed here.
Go to top